For The Love Of Film Blogathon Starts May 13 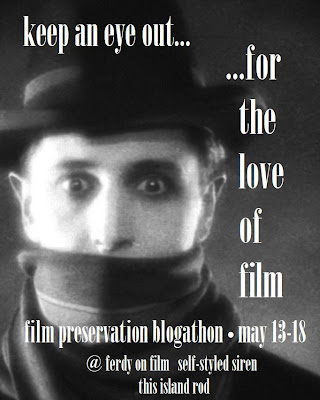 The For The Love Of Film: The Film Preservation Blogathon is upon us yet again. Sir Alfred Hitchcock will be the subject of the 2012 blogathon, which will transpire from May 13-18.
Organized by three terrific writer/historian/bloggers, Farran Smith Nehme of The Self-Styled Siren, Roderick Heath of This Island Rod and Marilyn Ferdinand of Ferdy On Films, this blogathon benefits a great cause, the National Film Preservation FoundationFirst and foremost, DONATE HERE.


This is very appropriate, as the NFPF, collaborating with the intrepid history detectives of the New Zealand Film Archive, recently found three reels of a lost Hitchcock film, The White Shadow.
So if you are a blogger who writes about classic movies, by all means check out the blogathon's Facebook page - and then have at it!

Last year's blogathon on film noir produced a tidal wave of superior and entertaining writing, and I am certain this will be the case again in 2012.

I personally will look hard for a lost Lupino Lane short - or was that a Clyde Cook 2-reeler - that Hitch directed without receiving screen credit. 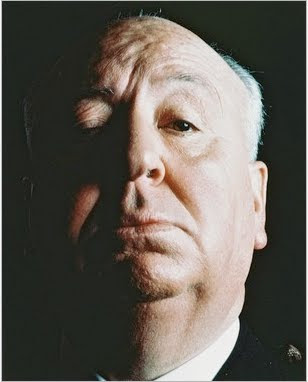 Posted by Paul F. Etcheverry at 1:25 PM No comments:

Another R.I.P. Day In The Music World 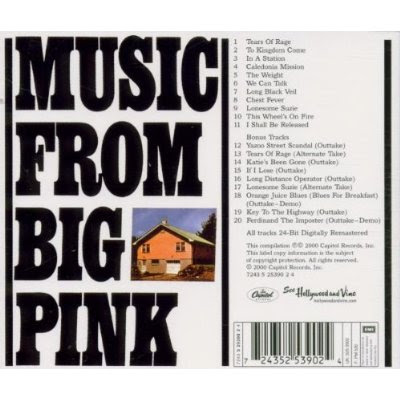 Can't say I like being either the Happy Birthday or R.I.P. blog one bit, but I'm compelled to go the latter route today. No choice: pop culture mourns the losses of television mainstay Dick Clark and powerhouse drummer Levon Helm. In addition, songwriter and vocalist Robin Gibb of the Bee Gees (note: I have a soft spot for their 1969 album Odessa) is gravely ill. 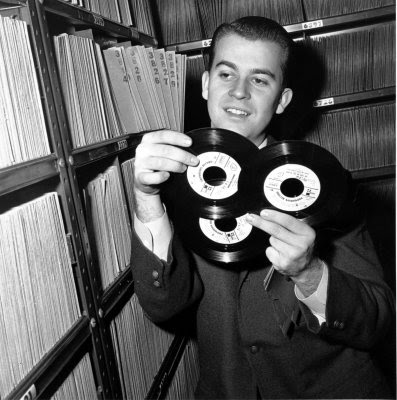 While American Bandstand host Dick Clark was, first and foremost, a television personality/businessman/promoter, without a doubt, he did much to bring the music of 1950's icons Elvis Presley, Buddy Holly, The Everly Brothers and Bobby Darin to a wider audience than could have ever been imagined. 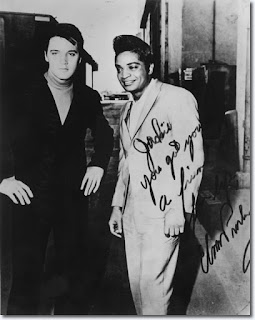 American Bandstand's mission was to give the teenage record-buying public what they wanted, and in so doing, (promoting such outstanding entertainers as Jackie Wilson, Sam Cooke and Ray Charles), helped break the color barrier and usher in long overdue changes for America.

Depending on which generation you hail from, any one or all of the aforementioned individuals may hold great meaning (and for horror movie, classic television and genre picture fans, Jonathan Frid, the wry actor who played vampire Barnabas Collins with style in the popular Dark Shadows TV show, who also passed on this week, would be that guy). 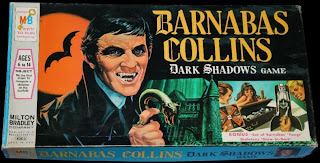 For me personally, Levon Helm, the driving force behind The Band and among the world's few singing drummers, was the one who affected my life in a profound way.

I played their Rock Of Ages album until the grooves wore out, saw them essentially blow every other group off the stage at a mid-1970's "Day On The Green" concert in San Francisco and much admired their work as Bob Dylan's powerful backup band on several recordings.

Anyone who saw The Band perform got a rare treat. They played rip-roaring sets of American roots rock as if their very lives were riding on every note.

Radiating joy while powering that juggernaut, Levon Helm played and sang with drive, love of music and originality.

Thanks a million for the music, Levon! Daffy Duck looks pretty damn good for his age. He made his screen debut in Porky's Duck Hunt, released theatrically on April 17, 1937.


Don't worry, I'm not going to go Alistair Cooke on you and start intellectualizing about cartoons, gushing about Daffy being The Unbridled Id or emblematic of America going into WW2 or some other tangent that's off the subject at hand. No. No. No.
We'll just post a few more cartoons.
So, behold, the insane world of Daffy Duck, according to Tex Avery

According to Norm McCabe

According to Art Davis

According to Robert McKimson

According to Friz Freleng


According to Chuck Jones


According to Frank Tashlin

According to Bob Clampett

Posted by Paul F. Etcheverry at 8:54 PM No comments:

Not On DVD, But On Archive.Org: Roscoe Arbuckle In Talkies

Well, until Warner Archive releases the Roscoe "Fatty" Arbuckle comeback shorts from 1932-1933, here are two of them:

Posted by Paul F. Etcheverry at 2:16 PM No comments:

Rejoice and Hallelujah, there is a YouTube channel devoted entirely to the wonderful satiric songs of Tom Lehrer. 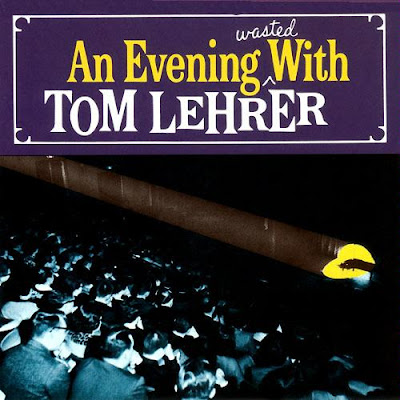 Way Too Damn Lazy To Write A Blog enthusiastically salutes Tom Lehrer: still subversive after all these years.

Brilliant turns of phrase, advanced wordplay, witty one-liners and trenchant satire have given Tom's songs staying power, as well as the ability, after repeated listenings, to still surprise and delight.

All subsequent efforts to pattern musical comedy acts on the Tom Lehrer model (Mark Russell in particular) pale in comparison.

Posted by Paul F. Etcheverry at 6:35 PM No comments: