Posted by Paul F. Etcheverry at 4:35 PM No comments:

Posted by Paul F. Etcheverry at 5:27 PM No comments:

Here's one of my favorite commercials, starring the immortal "Hamm's Bear" (of course, he's immortal - he's a freakin' cartoon character), from the land of sky blue waters (waters)."

Too bad cartoons were considered to be for kids in the 60's, since Yogi Bear (Ed Benedict design) would have been the perfect animated spokesperson for a delicious frosty brew! And if marijuana had been legal and advertised on prime time TV, Yogi would also have been a fantastic plugger for what the great Louis Armstrong dubbed "New Orleans Golden Leaf". Yogi would have been WAY less expensive than Satchmo, Bob Marley or Peter Tosh and almost as entertaining.

Just imagine: "hey BooBoo, pass that pipe over to me, heeheehee. . . I'm as hungry as a bear, hey hey hey, maybe we could have some simply scrumptious Kellogg's OKs!"
Posted by Paul F. Etcheverry at 5:02 PM No comments:

Beer Commercials With Nichols And May

This blog wishes Elaine May a happy birthday and salutes her many contributions to the comedy universe. These Nichols and May ads for Jax and Narragansett Beers are right up there with the Bob & Ray commercials for Piels Beer.

Although, come to think of it, my favorite beer ad ever is the 1961 beaut with beer cans sitting in a stream while the jingle rhapsodizes, "refreshing as springtime, Old Milwaukee beer!"
Posted by Paul F. Etcheverry at 11:27 AM No comments:

Big thanks to Dash Riprock (A.K.A. "Ross The Boss", "Our Man In Thailand") for this early 60's French Scopitone singing the praises of "copacabana". Obviously, Barry Manilow's agent asked the Scopitones people for too much money. And that's just as well.

Posted by Paul F. Etcheverry at 1:30 PM No comments: 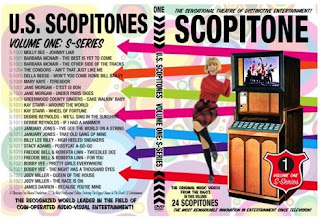 Indeed, it's true - the KFJC Psychotronix Film Festival returns, against all our better judgment, to the hallowed halls of DeAnza College (Foothill College, our home from 1992-2008, is still closed for renovations). 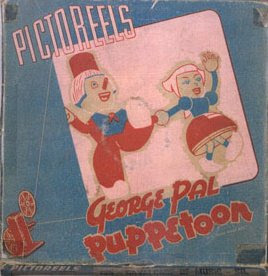 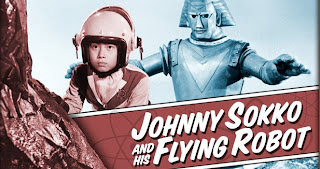 The festival is a reaction against all rules of film programming. We aim to be as all over the map as humanly possible ("And Now For Something Completely Different" would be the credo), as opposed to concentrating on one genre, series or director. 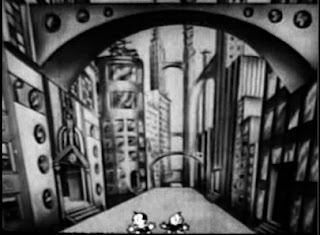 The weirder, the more obscure, the lower the budget, the more under-the-radar, the more the audience responds with a WTF?, the better. If a subject link or a Monty Python-esque visual or verbal link can tie together the segments, great, but this is not absolutely necessary. We also improvise the show in real time; archivist-producers Bob Ekman, Scott Moon and myself essentially create this cinematic cornucopia on the fly, responding to audience reaction and that sense of what film selection will or will not work in that moment.

The next KFJC Psychotronix Film Festival will occur on Saturday April 18, from 7:00 PM to 11:30 PM, in the Forum building on the DeAnza College campus. There will be a $5 donation which benefits KFJC 89.7. You'll also need $2 for parking. 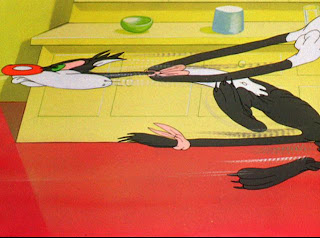 Rob Emmett, host of KFJC's "Norman Bates Memorial Soundtrack Show", emcees with aplomb and bon mots to spare. We also hear that Mr. Lobo and Ernie Fosselius from Cinema Insomnia will be on hand for the festivities, as well as to help give away cheesy door prizes at the intermission.
Posted by Paul F. Etcheverry at 1:40 AM No comments:

If you enjoy this and want to see more of these one-reel musicals from the dawn of "talkies", there's a whole DVD of 1926-1929 Vitaphone Varieties on the Al Jolson: The Jazz Singer - Three Disc Deluxe Edition. And check out The Vitaphone Project for more info on these historic musical shorts.
Posted by Paul F. Etcheverry at 11:30 AM No comments:

What would Easter be without a production number from Brokida Blad (produced in 1930, released on New Year's Day 1931), the Swedish attempt to create an MGM-style early talkie musical on a miniscule budget? This blog's favorite Swedish flapper, Vera Nilsson sings "I Love You My Darling" and does her gosh-darned best to be perky n' peppy. Could only be better if the indescribably bizarre American-born Swedish dialect comedian El Brendel was there doing something really, really goofy.

Posted by Paul F. Etcheverry at 5:08 PM No comments:

One Of Our Favorite Flappers: Zelma O' Neal

Ernie Kovacs Is My Guru

Posted by Paul F. Etcheverry at 8:08 AM No comments: 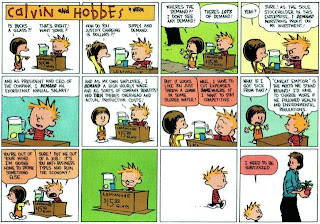 I extend a stylish tip of the Jimmie Hatlo hat to Lazy-Eye Raspberry Kennedy for sending me this prescient 1994 cartoon by the great Bill Watterston. Although, come to think of it, the current version of Calvin would charge 1500 bucks for the 6 oz. glass of lemonade, call those who choose not to pay that much "losers" and the accurate phrase for the final panel would be "I demand to be subsidized".
Posted by Paul F. Etcheverry at 8:21 AM No comments:

The major league baseball season commences today, and as one of that species known as the San Francisco Giants Fan – a punishment-loving cult after the Marquis de Sade’s own twisted heart – I have no choice but to devote a blog entry to MLB. So once a year, I do boring Giants talk, only of interest to that select but ever-masochistic breed.

First and foremost, it doesn’t matter to me that the Giants sucked donkey baby makers for the last four seasons. Frankly, Scarlett, I don’t give a crap! In matters of romance and baseball, hope, even totally unsupported by evidence, springs eternal. Only in the former does it not spring quite as often as the decades march on (although, come to think of it, the equivalent of Viagra and Cialis for devotees of unrelentingly wretched major league baseball teams could definitely make big bucks for big pharma). And the Giants, ladies and gentlemen, have the 2008 Cy Young Award winner, hard-throwing mighty mite Tim "Lights Out" Lincecum. It'll be worth going out to the ol' ballpark just to see Timmy throw heat.

To address the faint but undaunted hopes of Giants’ fandom, here’s what I’d like to see in the 2009 season:

Kitten On The Keys World Premiere 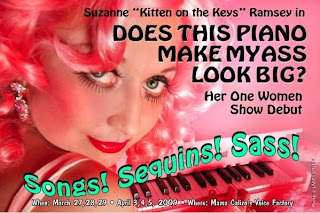 While I'm unquestionably a week too late with my blurb, I strongly encourage the San Francisco Bay Area readers of this blog to get their collective derrieres to Mama Calizo's Voice Factory this weekend to check out Kitten On The Keys' one-woman show.

Kitten did a fabulous turn at last January's Pre-Code Follies extravaganza with her charm, good humor, "Punk Rock Betty Boop" persona and genuine tunes from the Roaring Twenties. She will be hitting the footlights Friday, Saturday and Sunday, no doubt with outrageousness, numerous one-liners and wonderfully goofy original songs. 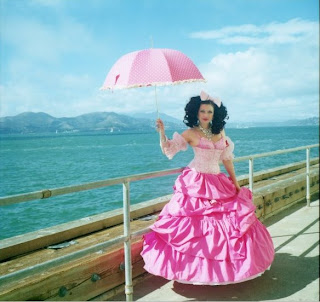 "San Francisco's own Kitten On The Keys (A.K.A Suzanne Ramsey) is a frisky one ma’am band. Her new one woman musical: Does This Piano Make My Ass Look Big? follows the hi-jinks of a dorky suburban girl who is insecure, addicted, and socially impaired. Her life changes for the better with the discovery of punk rock and a burlesque rock & roll lifestyle.

This world-premiere romp replete with sequins n' sass, told through original songs (written and performed by Kitten) and video,
will tickle your funny bones and stir your nether-regions. Kitten on the Keys is a little Judy Tenuta, Mae West, and a dash of Shirley Temple optimism rolled into one perky package. She writes all of her own material and plays the piano, accordion, and ukulele." 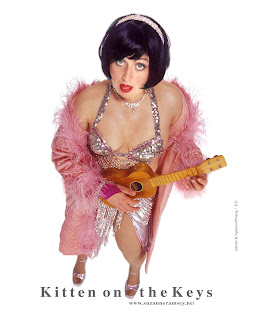 Sounds like tons o' fun for grownups who have decided NOT to get stodgy, conservative and old. Get out to Mama Calizo's and support local theatre!

Does This Piano Make My Ass Look Big?
A limited engagement
co-directed by Dwyane Calizo & Suzanne Ramsey
Friday and Saturday at 8PM, Sunday Matinee at 2PM
Mama Calizo’s Voice Factory
1519 Mission Street (Van Ness & 11th Sts.)
San Francisco 94103.
Tickets are $15 & $20 (no one turned away for lack of funds) -- and available at the door or at Brown Paper Tickets.
NOTE: Silly rabbit, Trix are for kids and this show's for adults!