And Psychotronic Paul Approves Of These Editorial Cartoons 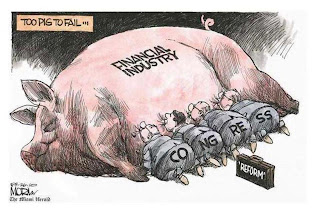 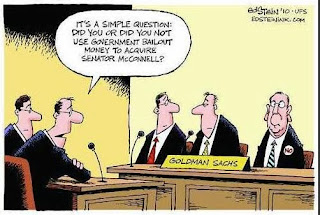 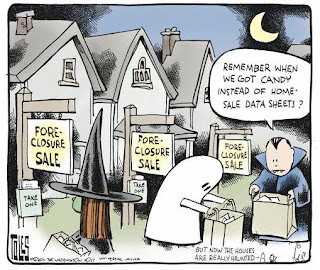 Posted by Paul F. Etcheverry at 8:59 PM No comments:

Posted by Paul F. Etcheverry at 2:11 PM No comments:

The Martha Stewart Universe: The good news is that in this universe, everything is organized, neat, tidy, color-coordinated, table settings are gorgeous, the clothes pressed, the linens without a single wrinkle, the living space is immaculate.

The bad news: citizens in general are treated like crap, status is king, employees are denied vacations. Spouses are interchangeable and children are ragged on. Neglecting to say thank you and not ever telling your partner, your family, your closest friends that you love them is the order of the day.

Then again, in The Martha Stewart Universe, the environment looks awesome, those perfectly placed doilies are comprised of the highest quality lace, and everything is as symmetrical as a fugue by J.S. Bach.

The Bard Of Radio Theatre Passes At 101

There's been big news this month. The Occupy Wall Street protests are - well, maybe, as it's too early to tell - showing vague stirrings of genuine grassroots activism. 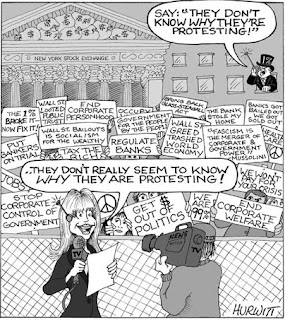 This blogger sees the protest as most of all, a response to the scandalous, pervasive political corruption and wholesale bribery of our elected representatives in America, as well as the fact that the public - lacking lobbyist slime and billions of ill-gotten gains which successfully buy influence - feels frozen out of the political process.

Could actually activism that is not from the far right happen? We haven't seen or it in the U.S.A. in almost 40 years - sorry, conservative friends, the Koch Industries- bankrolled "Tea Party" does not count. One can only hope the OWS protests stay non-violent, on message and on task - and do not get infiltrated by hooligans out to bash a few heads. 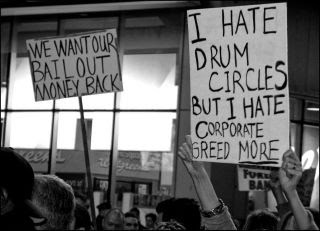 An even bigger story was the passings of Apple founder Steve Jobs and sports world mad genius and Oakland Raiders owner-coach-football wonk Al Davis. Both were giants and innovators in their respective fields. Jobs quite literally changed the world and could be considered the Thomas Edison of the present era. Although Al Davis made lots of enemies along the way, he ranks with Bill Walsh and Paul Brown among the gurus of NFL football.

This week, there was an additional non-untimely but culturally significant passing to call attention to. Norman Corwin, gifted dramatist, brilliant wordsmith, in many respects to radio what Rod Serling was to 1950's and early 1960's television, passed on at the very advanced age of 101.

The documentary A Note Of Triumph The Golden Age Of Norman Corwin offers an overview of his work and especially his moving VE Day broadcast: the eloquent words of Corwin, backed by Bernard Herrmann's outstanding original score, set a very high bar line for radio as an art form. Few could match Corwin's ability to orchestrate language, sound and drama. Fewer can now.

I am too lazy (or too tired from stressful events in my own life), unfortunately, to write an involved piece about the great Norman Corwin for this blog, but will point readers in the direction of some well-written obits

Posted by Paul F. Etcheverry at 6:04 PM No comments:

Among my too many questions about mid-20th century pop culture: did William S. Burroughs start his day with a healthy breakfast starting with Kellogg's Sugar Smacks?

Uh. . . probably not. In actuality, the kids born a few years after notorious wordsmithWilliam S. Burroughs, would have been the target audience for such print advertising as this 1928 campaign for Kellogg's Pep. 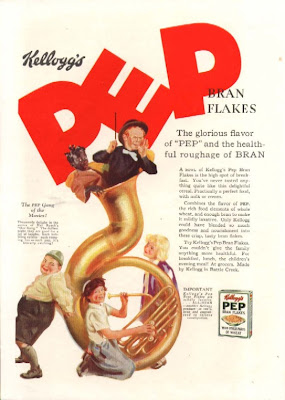 Burroughs, novelist, junkie, provocateur and originator of punk rock literature 20 years before the term existed, was born in 1914.

The kids who were glued to the boob tube for the original late 1950's telecasts featuring Ruff N' Ready, Quick Draw McGraw, Huckleberry Hound and Snagglepuss were the post-WW2 babies, the Andy Kaufmans of the world, the offspring of what news anchorman-author Tom Brokaw termed The Greatest Generation.

Were The Beats, by that time home with children watching The Flintstones (and then listening to Art Pepper's Smack Up after the snot-nosed brats were in bed) the target audience for the following?

My friends who are ten years younger than me were the audience for the following hilariously fraudulent commercial, no doubt heartily endorsed by the Future Diabetics Of America.

Shifting gears but staying somewhat on the topic of kidvid, today would have been the 90th birthday of stop-motion animation guru Art Clokey (1921-2010).

Clokey was an immensely creative soul who, in a way few in literature or animation come close to doing, succeeded in tapping into a genuinely childlike innocence and sense of wonder. This pre-speech consciousness permeates the very earliest Gumby cartoons such as the following - and would vanish not far into the series, once the main characters started talking and the "let's go to the moon" or "let's explore toyland, Pokey" scenarios got replaced with more conventional storylines.

Any doubts that Art listened to far-out cool jazz while thinking up clay animation ideas are dispelled by the following, his first film, Gumbasia.

The Woman No Man Can Resist 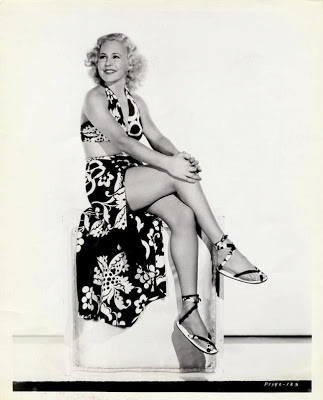 "I won't make more than two pictures a year because I don't want to. I don't read books. I hate exercise. I like to sleep late and I'm not in love with my work." Lyda Roberti (1906-1938)
The scythe of early death is one brutally unkind tool in the writing of film history. Die young and you're forgotten, or remembered if scandal accompanies tragedy. Remarkable stage and screen careers get reduced to a footnote.

Consider the inspired but ill-fated comediennes of the 1930's. The biggest stars were screwball comedy queen Carole Lombard and "blonde bombshell" Jean Harlow, who showed tremendous (but, alas, unfulfilled) promise as a comedienne and character actress in Libeled Lady (1936), only to die a year later. There were also the diminutive, very funny, up-and-coming comedienne, singer and dancer Marjorie White (known today for co-starring in Woman Haters, the first Columbia 2-reeler starring The Three Stooges - yes, the one in which Moe and Larry sing), the ubiquitous Thelma Todd, a stellar comedy performer often under-utilized and relegated to the role of eye candy, and the always outrageous Lilyan Tashman, whose impact and Hollywood legend were primarily offscreen. All met untimely passings. At the beginning of the decade, the great comedienne of silent movies, Mabel Normand, passed away at 37. 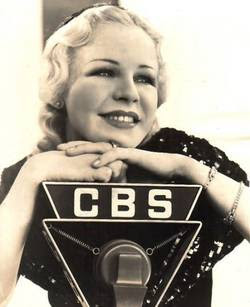 Today's posting pays tribute to, IMO, the funniest of all the 1930's comediennes, Lyda Roberti, who had a too-brief but eventful life as star of stage and screen - chronicled in this capsule bio-timeline from the well-researched Glamour Girls Of The Silver Screen website. 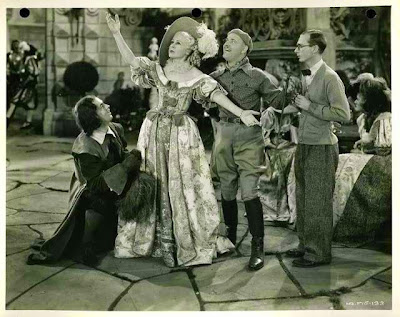 Born in Warsaw into a circus family, Lyda had already traveled the world and experienced a lifetime in showbiz before emerging as a star of movies and Broadway (among many shows, in the 1933 production of Roberta, opposite Bob Hope). 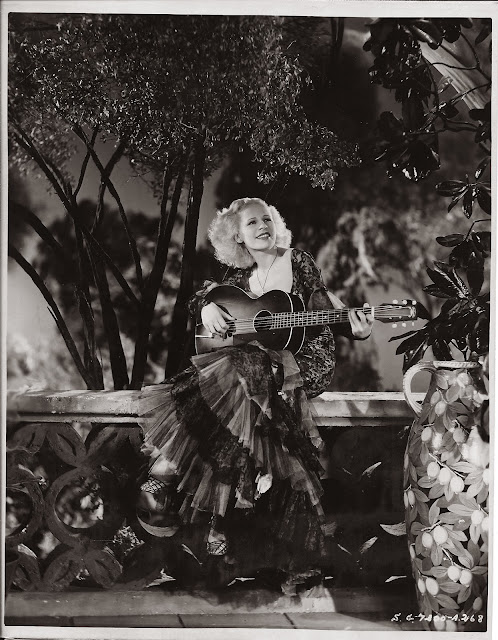 She had a certain mixture of the adorable, vulnerable and fall-down funny reminiscent of Gilda Radner 45 years later.

Lyda made the most of her appearances in eleven feature films and a handful of short subjects in 1931-1938 to rank among Hollywood's most wonderful and original comediennes. She had a prime role as "Hatta Mari, The Woman No Man Can Resist", in the hilarious Million Dollar Legs. 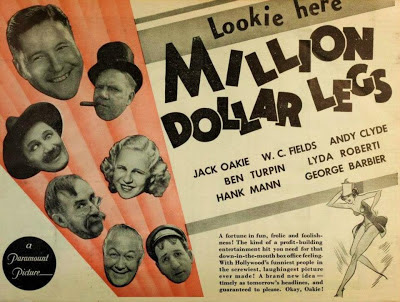 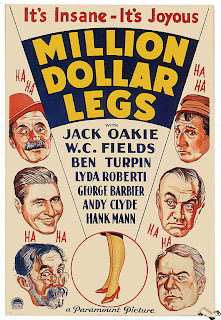 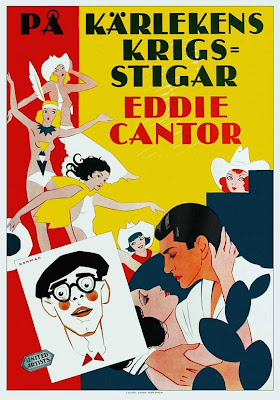 The way Lyda plays off of ever-unsteady Eddie, as both comic and "straight man", is priceless.

She then was among many performers who co-starred in College Rhythm, Paramount's attempt at a musical comedy that would surpass its Big Broadcast vehicles at the box office - and hopefully give those "showgirls, surrealism and Hugh Herbert" Warner Brothers musicals featuring hallucinogenic production numbers by the dangerous Busby Berkeley a run for their money as well. 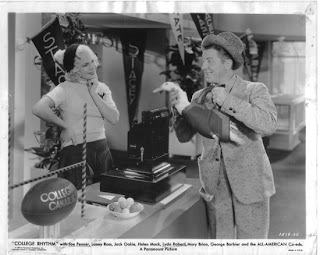 Among other things, comedian Joe Penner, then the hottest thing on radio with such catchphrases as "you wanna buy a duck?" "you nasty man" and "don't ever dooooooooooooooooo that" sings a love song to a duck in this movie.

And here's the complete "Take A Number From One To Ten" number. Lyda enters with style at 1:47.

In the latter 1930's, Lyda was signed by the Hal Roach Studio, after the tragic death of Thelma Todd and the firing of studio mainstay Charley Chase. She was teamed with brash and brassy comedienne Patsy Kelly for a series of short subjects and features. 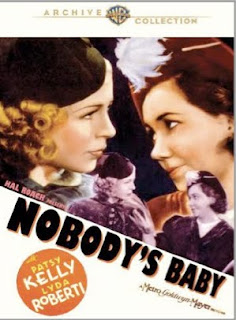 Lyda Roberti's sudden passing from a heart condition on March 12, 1938 recalls the health problems that also would very prematurely end the life of singer-actor-comedian Bobby Darin in 1973.

Great stars both - and much missed all of these decades.

Posted by Paul F. Etcheverry at 8:41 PM No comments: 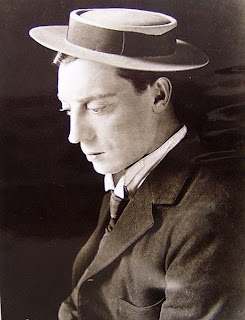 Turner Classic Movies will be showing Buster's movies every Sunday night in October, beginning tonight with a Keaton marathon, starting with his incomparable Civil War epic "The General." 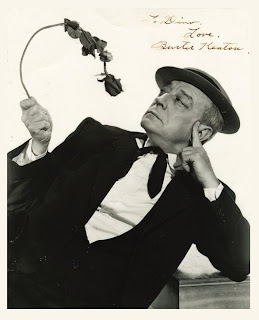 Ladies and gentlemen, set your DVRS: