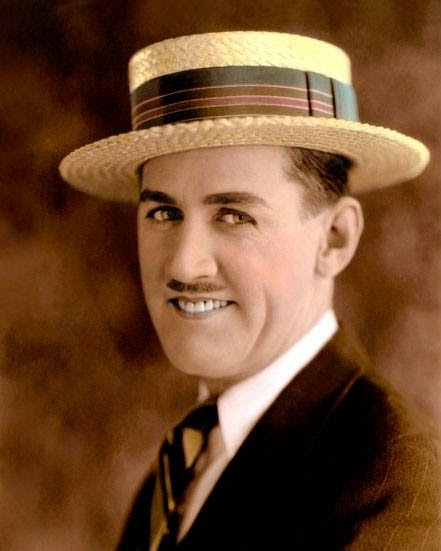 "Charley Chase's run of Pathe two reelers from 1925 through 1927 are an astonishing group -- two dozen comedies, each with carefully crafted gag situations that aren't repeated, almost every film a gem. The only track record comparable are the Laurel & Hardy silent MGM shorts of 1927-1929. The few Chase MGM silents that escaped a fate of nitrate decomposition (such as THE STING OF STINGS and LIMOUSINE LOVE) are equally outstanding." Historian Ed Watz, author (with Ted Okuda) of The Columbia Comedy Shorts

Prolific writer-director-comedian Charley Chase - some of you may know him from his role as "the practical joker" in Laurel and Hardy's Sons Of The Desert (1933) - just got some more of his due recognition earlier today. 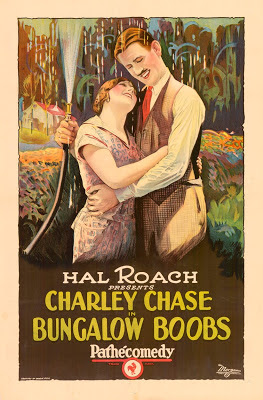 All Day Entertainment released Becoming Charley Chase, a 4-DVD box set spanning his early career in silent films. While it's a good bet that many of this blog's readers know who Charley Chase (A.K.A. Charles Parrott) was and have seen some of his films, as well the classic two-reelers he directed at Columbia Pictures for The Three Stooges, even fans may not be aware of his importance in film and comedy history. 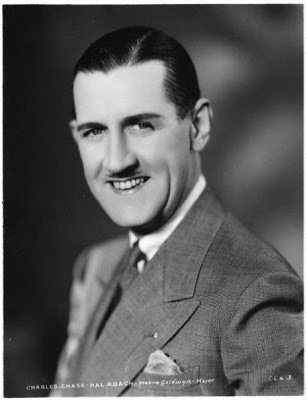 Chase, along with fellow innovators Harry Langdon and Lloyd Hamilton, essentially changed film history in the mid-1920's by bringing a less frantic, more sophisticated and varied approach to both slapstick and that bastard child of entertainment, the comedy short subject. All three expanded the screen comedy palette. Chase in particular added more sophisticated storylines to classic sight gag humor. 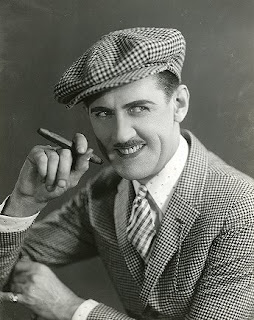 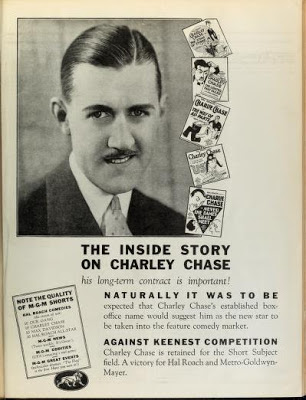 Charley Chase mastered all of the above: directed marital farces starring Mr. And Mrs. Carter DeHaven, slapstick for Sennett, Hal Roach (the Snub Pollard series) and Chaplin imitator Billy West, as well as Lloyd Hamilton, whose 1920's and 1930's comedies blend sight gag humor with subtle acting, deliberate timing and an eternally world-weary sad sack characterization. Charley also was among the creative team that developed the Our Gang comedy series for Hal Roach in 1921-1922. 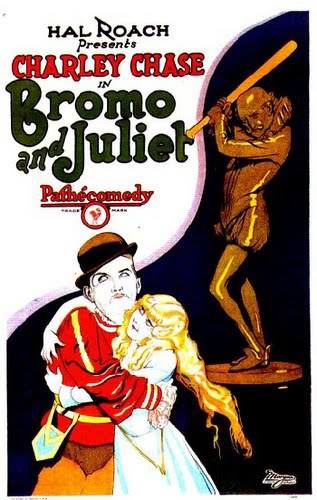 By merging elements of the two genres, as well as fostering a more character-driven approach with Our Gang, Chase changed the very nature of film humor, paving the way for both Laurel & Hardy and the screwball comedy genre that became popular just a few years later. 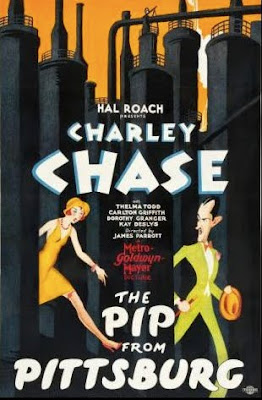 Although he has been hailed as the originator of situation comedy and aptly compared to Dick Van Dyke (especially Dick's 1960-1965 TV series, created by Carl Reiner), Charley Chase also points forward to quite a few comedians both in and outside of that genre who became prominent long after his death in 1940. The clever invention of his ideas recalls Ernie Kovacs. The contrast between an everyman and a host of improbable, bizarre and wacky things that can happen brings to mind an equally funny guy whose style is very different from Chase: the great Bob Newhart, master of standup comedy and the sitcom. And his mannerisms - especially in such still hilarious films as Mighty Like A Moose (1926) - often make me think of The Goons and The Pythons (watch the Ministry Of Silly Walks sketch and then reference Charley's inebriated gait in His Wooden Wedding).

The 4-DVD set traces his artistic development and features a selection of short and sweet one-reel short subjects he starred in and co-directed with Leo McCarey. 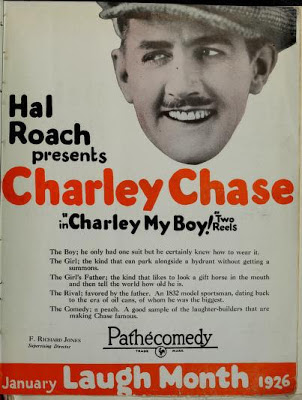 It includes over 40 silent shorts from Chase's early years in movies, both as actor and director, and chronologically moves from his first directorial efforts for Mack Sennett, later films he made as a freelancing director (including one in which he co-stars with the always fabulous Oliver "Babe" Hardy - before either worked at the Hal Roach Studio) and Chase's re-invention as starring performer. 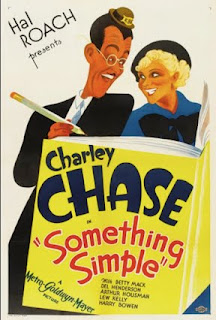 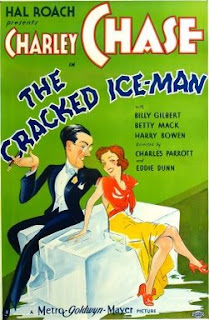 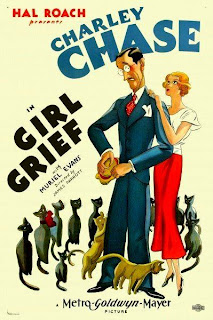 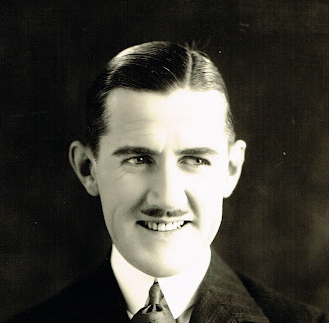 Bring Back Classic Cartoons To Television!

Now that classic cartoons don't even show on the Cartoon Network anymore, we animation fans don't want them to go the way of the do-do and bipartisanship. We want cartoons back on TV!

In pursuit of this worthy goal, animator and producer of Cartoonland Presents, "Cap'n Kevin" Coffey, has commenced a campaign to bring his show, which ran from 2001 - 2005 on channel 29, back to local TV screens in the San Francisco Bay Area. Here's a clip of the Cap'n, accompanied by a strangely familiar looking First Mate, introducing the cartoon fun:

San Francisco Bay Area cartoon fans: strike blows both for classic animation and the tradition of freewheeling, fun local programming by lobbying for the Cartoonland Presents show on the KOFY-TV website. Or write to and phone the KOFY-TV programming department demanding it!
Posted by Paul F. Etcheverry at 12:40 AM No comments:

Since, as far as I know, there weren't any Burt songs about the July 20, 1969 moon landing, this month's selection will be the next best thing, a Diana Krall cover of "Walk On By".

It's probably just as well - I'm having difficulty envisioning "one small step for man. . ." as a Burt bossa groove.
Posted by Paul F. Etcheverry at 1:40 AM No comments:

Since this idea for a cover by The Beach Boys of "Walk On By" was never completed (at least, not that I know of), I hesitate to select it for Burt Bacharach Day. Still, the glimmer of brilliance and originality, as Brian Wilson adapts those "Four Freshman" vocal harmonies to Bacharach's songwriting, is undeniable.

This sounds like it's from the era when the Beach Boys were experimenting with quite a few covers: when Wild Honey (1967), which also includes the "Brian meets Motown meets Bacharach" gem Aren't You Glad, was their latest album.

From the brief evidence here, it sounds like this - had it progressed beyond the germ of an idea stage - would have been a fabulous Beach Boys recording. I certainly hope this one minute bit was not all there was to it.

That said: yes, I admit it, dear readers, it's time for yours truly to join the nearest Beach Boys/ Wilson Brothers 12-step group! 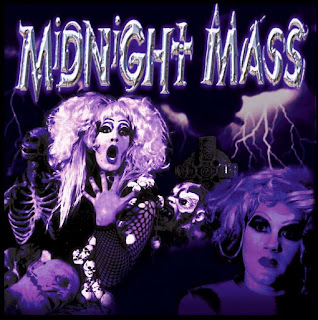 "Twelve years of Catholic school and you end up with this." Peaches Christ

This weekend, San Francisco Bay Area residents have their pick of several classic movie extravaganzas. As if it wasn't enough that The Creature Of The Black Lagoon in 3-D is at the fabulous Paramount Theatre, there's two nights of Peaches Christ's Midnight Mass at the Bridge Theatre, as well as the San Francisco Silent Film Festival at the Castro.

Linda Blair, everyone's favorite 1980's B-movie star and a consistently strong performer in a wide range of film and television roles, will be there - LIVE IN-PERSON - for screenings of Roller Boogie and The Exorcist (which arguably features the greatest scream queen star turn ever) and to reminisce about her decades in Hollywood. The genuine Linda Blair “hero” costume from the jaunty, cheesy and riotously campy Roller Boogie will be auctioned off, with all proceeds going to her top-notch animal rescue charity, the Linda Blair WorldHeart Foundation.

I love the San Francisco Silent Film Festival and it's back, now in its 14th year. There will be 35mm archival prints (accompanied by gifted musicians), historians, authors, film collectors and happy classic movie geeks galore all weekend. 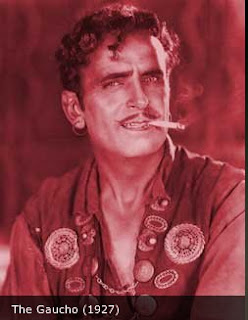 This year's fest will include films by two of my all-time favorite directors, Josef von Sternberg and Gregory LaCava, as well as a selection of very cool early Disney cartoons animated by, among others, the best draftsman in the West in the late 20's, the great Ub Iwerks. The customary killer-diller accompanists - Donald Sosin, Dennis James, Phil Carli, Stephen Horne among them - will be there to rock the house. The Castro Theatre is a treasure, a genuine art-deco movie palace (like the Paramount and Stanford Theaters), and the best place to see this stuff on the big screen.
Posted by Paul F. Etcheverry at 9:25 PM No comments:

One Of Life's Burning Questions, Not Quite Answered by Paul F. Etcheverry

What Is Truth? Something we seek, provided it doesn't reflect badly on us in any way, ever.
Posted by Paul F. Etcheverry at 9:40 PM 3 comments:

Little did I know that the swingin', scattin', dancin' machine entertaining the lucky audience that day was indeed the same guy who, with his brother Fayard, was responsible for jaw-droppingly unbelievable acrobatic dance routines in a slew of 1930's and 1940's musicals.

So here, check it out, is the real deal - what entertainment is all about.


Harold and Fayard, thankfully, enjoyed a lengthy career, even turning up on The Jackson 5's TV show in 1977; I would have posted that clip if the picture quality had been better.