Psychotronic Paul's Quote Of The Day

From the March 2 repartee between New York Times op-ed columnists Gail Collins and David Brooks. Ms. Collins nails it with her customary good humor:
"The biggest effect of the gizmos, from my perspective, is that the national attention span, which was formerly the equivalent of a gnat’s, is now about the same as a hyperactive baby gnat with attention deficit disorder." March 2, 2011
Posted by Paul F. Etcheverry at 4:45 AM No comments:

The Classic Comedies Of Laurel & Hardy: To Be Restored At Last 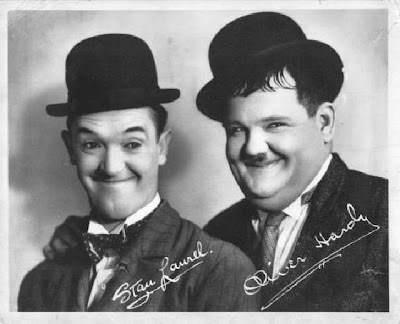 The many loyal aficionados of this blogger's favorite comedy team, Stan Laurel and Oliver Hardy, who rocked audiences on stage and screen around the world, will be tickled to learn that the ace preservationists of the UCLA Film & Television Archive have launched an ambitious restoration project focusing on The Boys.

This topic is close to my heart, as I produced a two-day 100th birthday tribute to Oliver "Babe" Hardy in San Francisco in 1992, and even wore a derby for the occasion!

One of our all-time favorite film historians, author Leonard Maltin, tells us more about the why behind UCLA's excellent fundraising effort. 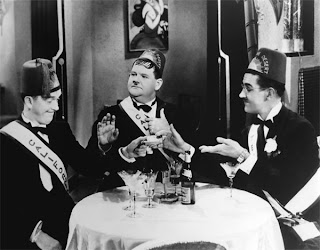 Here's a link to the UCLA Archive's donation page. Every little bit will help restore Laurel and Hardy's long-neglected legacy of big laughs on the big screen. 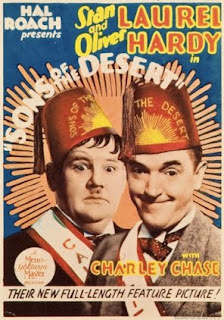 Bar none, no comedians make me laugh harder than Laurel and Hardy, although their multi-talented pal and contemporary Charley Chase ranks a close second. 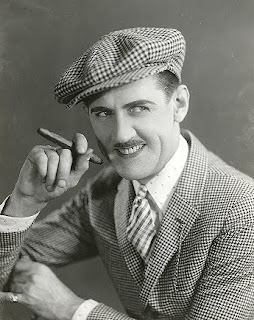 Stan, Chase and Leo McCarey were arguably the greatest comedy writing-directing trifecta to ever work simultaneously at one film studio at any time.
Posted by Paul F. Etcheverry at 10:10 PM No comments:

This Saturday at Foothill College: The KFJC Psychotronix Film Fest 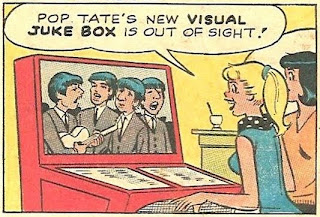 Yes, back by nothing remotely resembling popular demand, the KFJC Psychotronix Film Festival returns to besmirch the hallowed halls of Foothill College yet again. 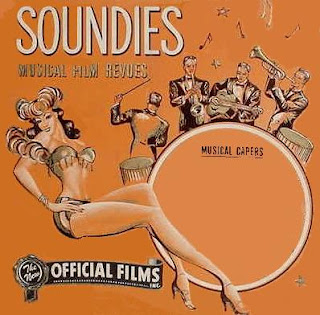 Yours truly will be on the radio plugging the show tonight from 6:00 p.m. to 7:00 p.m. Pacific Standard Time: fast forward past the first couple of minutes and here we are, the Three Archivists of Psychotronix, interviewed by host Robert Emmett. The Cost: $5 donation plus two bucks for the campus parking meters

The Reasons Why: Big screen fun for the whole dysfunctional family benefits the fearless and fabulous KFJC-FM! 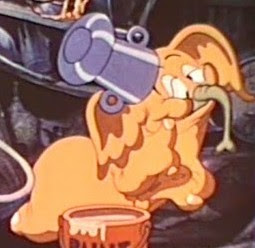 Posted by Paul F. Etcheverry at 9:39 AM No comments:

We in the San Francisco Bay Area send our hopes, prayers and donations to the people of Northeast Japan, who are suffering the aftermath of the massive earthquake and tsunami that struck on March 11.

To put your money where your mouth and heart reside, here are just a few of the relief efforts:
American Red Cross offers two options: donate on the website or text REDCROSS to 90999 to donate $10 from your phone.

The International Medical Corps has been responding to disaster victims with relief teams and supplies. Text MED to 80888 from any mobile phone to give $10. For more info, refer to this excellent article from Huffington Post article and a similarly stellar piece on relief efforts from CNN.
Posted by Paul F. Etcheverry at 12:49 PM No comments: