Fundraiser For Reader Of This Blog

A friend of a friend of this blog is in dire economic straits and facing imminent eviction. Here's the direct link to the fundraiser that has been organized to stave off said eviction.

Said friend is not a Nigerian prince who clumsily misplaced $942,865,427 and loose change (and invariably needs all your credit card and checking account numbers RIGHT NOW), has no interest in personal information of any kind, and does not require a fleet of Brinks Trucks packed with gazillions to keep the rabid, slobbering wolves away from her door.

Actually, enough good samaritans throwing $20 into the kitty will do, but this coming Friday is the deadline. Donations are going to a secure ChipIn site, run by PayPal.

It's too bad the great American tradition of "the rent party" - quite the rage during the last Depression - has not been enthusiastically revived in the current lingering Great Recession. 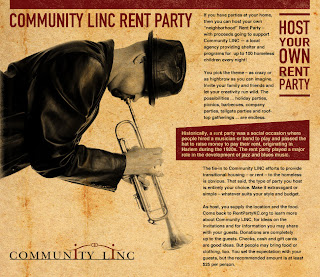 If I was in the vicinity of her neck of the woods, I'd bring the guitar and sing Cole Porter, Vernon Duke, Harold Arlen, Frank Loesser, Hoagy Carmichael and Gershwin standards at the kind of swingin' rent party folks threw back in the day. 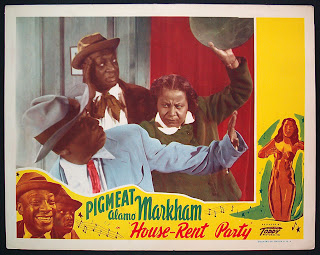 Would happily play that music until I, to steal a line from John Lennon, had "blisters on my fingers": swingin' till the cows came home, each bovine lightheaded, sore in the nether regions and unable to remember just which load o' bull was responsible. 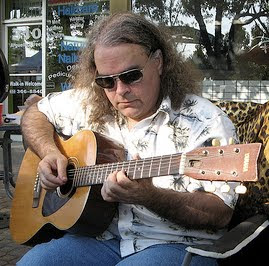 Film Noir At The Castro Theatre 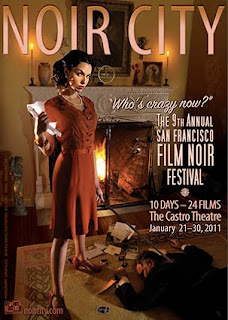 It's a tough time to be a San Francisco Bay Area resident lacking mass quantities of both free time and discretionary income, augmented by multiple big-ass bank accounts and pockets deep enough to fit Sydney Greenstreet and Laird Cregar.

The last option, offering two classic thrillers in glorious 35mm for ten bucks, suits both my pocketbook and warped sensibility. Vintage coming attractions trailers for the hard-boiled double bills have been posted on the Noir City Film Festival website. 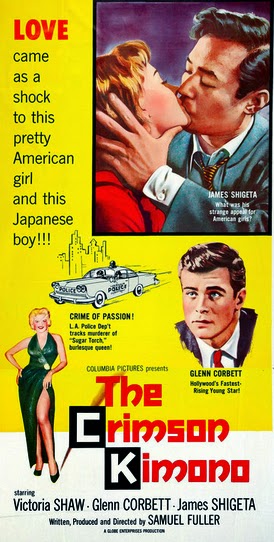 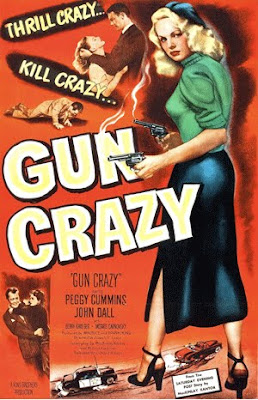 And besides, the idea of going to a Saturday matinee to see a Fritz Lang movie appeals to me for reasons I probably shouldn't ponder. . . 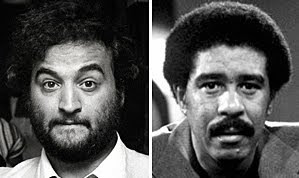 The Psychotronic Paul Question Of The Day is "how many times did standup philosopher-actor-writer-producer Richard Pryor and the long gone but not forgotten actor-comedian-singer-improv genius John Belushi appear together onscreen?".

First off, there was the Saturday Night Live episode that originally aired on December 13, 1975. Starting with a brilliant monologue by Pryor and including The Exorcist II and the Belushi-Pryor "dueling samurais" sketch, it is available on the Saturday Night Live: The Complete First Season DVD (which, while - unfortunately - not remastered or restored in any way, is still damn funny). If you have the premium (A.K.A. paid membership. . . darn) version of hulu, it can also been seen in its entirety there.

Secondly, Belushi was among the supporting cast in The Richard Pryor Special, broadcast on May 5, 1977. The following excerpt exemplifies the essential seriousness not far below the surface of Pryor's comedy, as well as Belushi's abilities as a character actor.

And there's also this sketch: 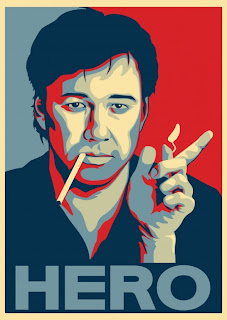 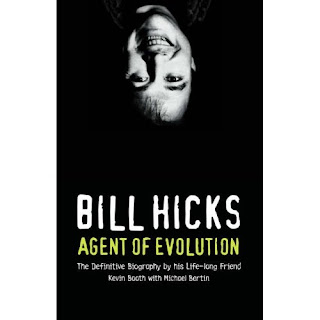 Why did I opt for this typically pungent Bill Hicks quote? It's not just because I find the late satirist fearless, trenchant, prescient and searingly funny. It derives from my unending disgust for the sub-human manners rampant throughout Al Gore's Internets over the past unhinged decade. 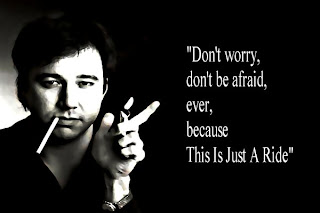 "Comments" sections in particular are often dominated by the immature and mentally deranged among us. Why these folks derive pleasure out of trashing and vilifying everything someone else might like, hiding behind anonymity in a "hit and run" fashion, I don't know.

Now there are folks who would accuse such cutting-edge satirists as Hicks, George Carlin, Richard Pryor, Lenny Bruce, Mark Twain or Jonathan "A Modest Proposal" Swift of doing exactly what I just described, viciously attacking everything they hold near and dear, but IMO, this would be totally off-base - and also, bluntly, perceiving the world strictly on Level One. 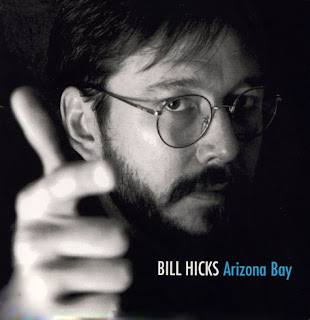 Since the mean-spirited and mind numbingly dim-witted are on just about every portal, all the social networking sites where we can choose to waste time, and dominating corporate broadcast media, it's a good idea to avoid the bullshit as if the words are carrying active, kill-you-painfully Ebola virus - because they are. 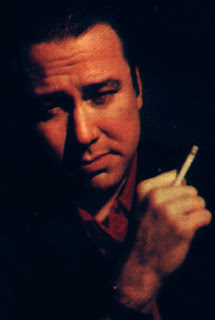 And now (thankfully, finally, at last - it's about fucking time), back to standup philosopher Bill Hicks: