Earlier today, a "friend suggestion" that I absolutely did not do was attributed to my Facebook account, so I deactivated it. I sincerely hope that this was the only bogus communication that went out under the auspices of my account. Finding out that messages I never wrote had been sent from my Facebook account was not exactly the experience I sought in the social networking world.

Posted by Paul F. Etcheverry at 4:17 PM No comments:

Charley Bowers: The Geek As Hero 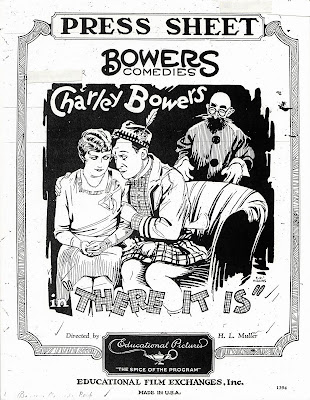 Did any cartoon producer/director not named Gregory LaCava or Frank Tashlin even dabble successfully, even briefly, in live-action films?

Yes – and it was one guy, a cartoonist, illustrator and special effects designer named Charley Bowers, who ranks alongside such innovators as O'Brien, Emile Cohl, Lotte Reineger and Ladislaw Starewicz as a genius of animation, far ahead of his time.


By all accounts, Bowers' upbringing was as wild as his pictures. One urban legend has persisted that he was kidnapped by circus performers at age six and subsequently a pint-sized star of many a big top (not unlike the fabulous 1930's comedienne Lyda Roberti). Further stories claim that Bowers was an accomplished bronco buster, draftsman, designer of all kinds of elements - scenics, costumes, sets, effects - for theatrical presentations, as well as a seasoned vaudeville performer from a tender age. 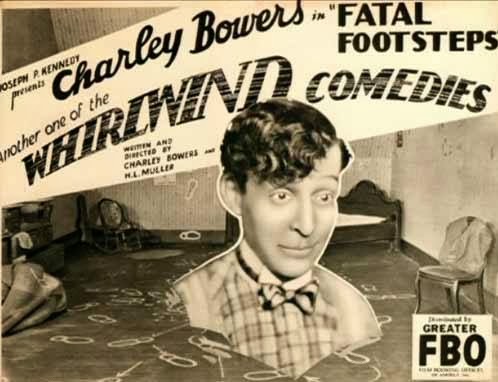 Bowers moved into animation in the teens and produced hundreds of Mutt and Jeff cartoons for Bud Fisher Film Corporation and Pathe-Freres. He also created the illustrations for The Bowers Mother Goose Movie Book in 1923.

Like the aforementioned Reineger and Starewicz, Charley Bowers was an innovator of stop-motion animation techniques - but unlike them, he starred in his own series of two-reel comedies. The 18 "Whirlwind Comedies" produced by Bowers and collaborator Harold Muller in 1926-1928 (released by FBO and then by Educational "The Spice Of The Program" Pictures) were largely forgotten until the mid-1980's, when Louise Beaudet of the Cinemateque Francaise brought a short but astounding Bowers retrospective to the United States. 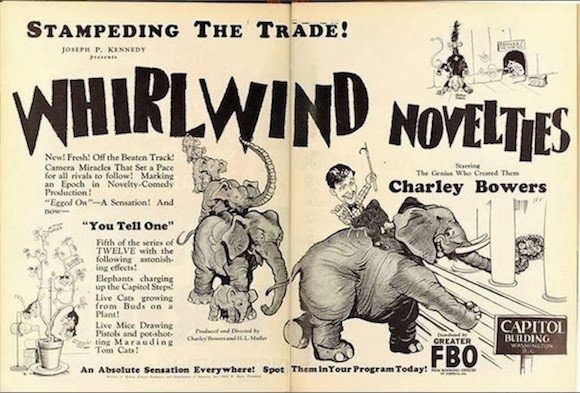 Check out the following clip from Say Ahhh! (1928). The unique live-action comedy + animation blend compares with the Fleischer Studio's Out Of The Inkwell/Inkwell Imps for invention and sheer audacity.

For a later, post-talkie example of The Bowers Touch, here's his 1935 film, Believe It Or Don't.


Believe It or Don't

Bowers’ screen characterization, either a genial and brilliant (but wacko) inventor or a brazen “tall tale teller”, is clearly secondary to his animation, but key to his vision. His most frequent characterization, perpetually pale and wan from too many consecutive days in the workshop devising gadgets, personifies the geek as hero. Here are clips from his 1930 film It's A Bird.

It’s also okay to use the word surrealism in describing Bowers' stop-motion universe – none other Andre Breton loved the way-out comedies of Bowers a.k.a. Bricolo. 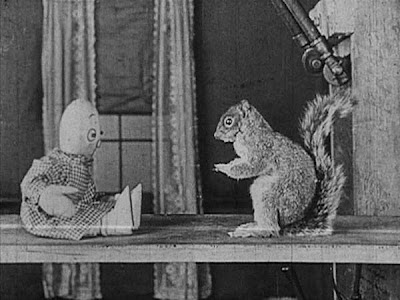 Although the original 35mm nitrate negatives and prints for many of Bowers' silent short subjects perished in vault fires, the surviving films can be seen on the Image Entertainment 2-DVD retrospective, Charley Bowers, The Rediscovery Of An American Comic Genius. 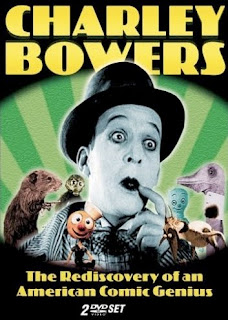 On the DVD set with what's left of the Whirlwind Comedies is Bowers' last stop-motion masterpiece, Wild Oysters, originally released by Paramount Pictures as an entry in the Animated Antics series. 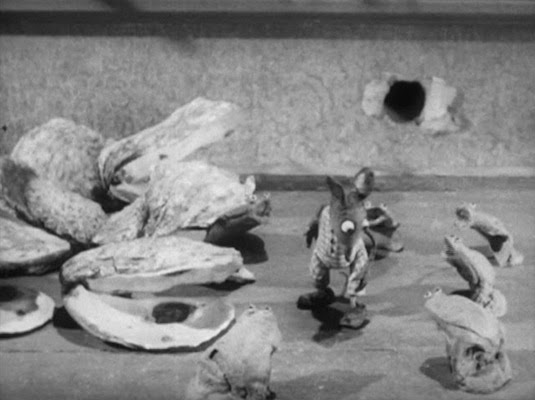 The title characters (oyster #1 enters at 5:19) are a fitting expression of Bowers' "Gumby On Hallucinogens" or "Willis O'Brien Meets David Lynch" universe. 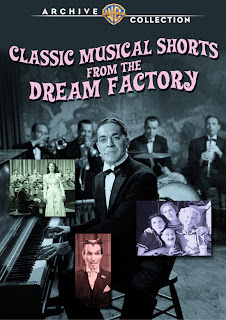 This week's noteworthy DVD release is Warner Archive's Classic Musical Shorts From The Dream Factory. It includes several entries from MGM's infamous Colortone series of bawdy pre-Code musical novelty shorts (note: I have devoted blog entries to clips from two of them, Crazy House and Over The Counter), as well as miscellaneous vaudevillian weirdness from the inimitable "dawn of talkies" era.

Don't ask me what logic leads this blog from Ella Fitzgerald to Frank Zappa to Sonny Sharrock to Dionne Warwick. I don't know. Just enjoy this 1967 performance of a worthy but lesser known Burt Bacharach-Hal David tune, "Don't Make Me Over", sung by Dionne Warwick with her customary sensitivity and panache. 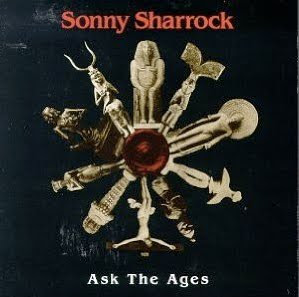 What I will remember most about Sonny Sharrock - even before the music - will be the laughter, the sense of humor, the fun. We laughed a lot. We laughed at the conditions that we had to tolerate to continue doing creative music. We laughed at the reaction - the response to that music - from the journalists, the audience, even the musicians - the same sad, phony, lost motherfuckers who will show up now to say how great he was. How overlooked and underrated he was. How he could have done so much more... We laughed a lot. But this part is serious. Serious as a heart attack. Peace, Sonny. You gave a lot...more than they'll ever know.

Today's loaded question is not "who wrote The Book Of Love?" but who presented the most innovative, most sonically textured, most ridiculously powerful yet subtle and nuanced, most remarkable scary-virtuoso electric guitar/electric bass/drums amalgam ever assembled?

Hendrix-Mitchell-Redding (or Hendrix-Cox-Miles)? Nope? Page-Bonham-Jones? Terrific band - but I don't think so. Beck-Clarke-Cobham? Great, but isn't even close. Townshend-Entwhistle-Moon? Best of the British Invasion - and no. Fripp-Wetton-Bruford? Akkermann-Havermanns (or Reuter)-Van der Linden? Both fabulous - and no. Zappa-Fowler-Thompson? Never, ever short of amazing, but no cigar.

My answer to today's question links to a Halloween concert at the 1987 Zurich Jazz Festival by self-described "futuristic electronic folk music" guitarist Sonny Sharrock. Here he is, playing a solo as part of the Last Exit band (bassist Bill Laswell, drummer Ronald Shannon Jackson, and saxophonist Peter Brotzmann) in 1988.

The download today's posting links to is the best recording of the '87 lineup of the Sonny Sharrock Band I have heard. 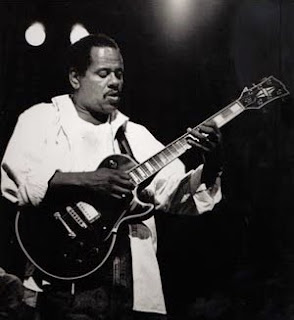 Bassist Melvin Gibbs, and drummers Abe Speller and Pheeroan akLaff join Sonny, a fearless guitarslinger if there ever was one, for an excursion deep into the farthest outposts of that frontier between the often Balkanized genres (jazz fusion, rock, punk, avant-garde). These are intrepid sonic explorers, the real deal, way off the "guitar geek" charts, and a fine antidote to all flavors of corporate focus group researched entertainment.

Gentlemen and ladies, start your downloads:

Sonny Sharrock Live At The Zurich Jazz Festival, Part One 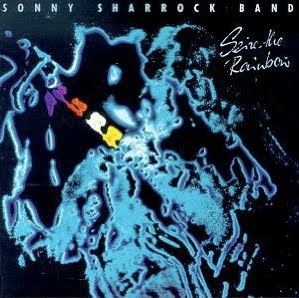 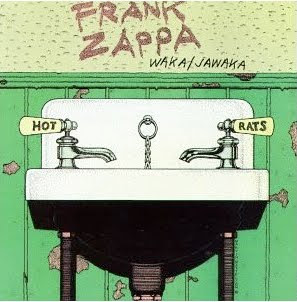 KFJC-FM, my favorite radio station, as part of its annual "May Mayhem" series of specials, is dedicating May 15, 2010 to the wonderfully indescribable and original music of composer-arranger-guitarist-bandleader Frank Zappa. 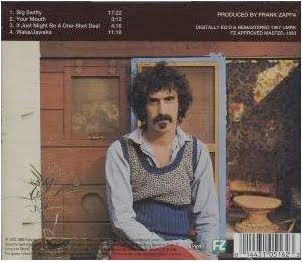 I thank Frank personally for expanding my horizons as a listener. After repeated listenings to Mr. Zappa's instrumental and orchestral works in particular, the very cornerstones of cutting-edge 20th century music - from Euro-classical music (in its many flavors) and varied types of world music to post-bop jazz to blues to doo-wop to Sondheim to film soundtrack music to the farthest frontiers of "prog rock" - were no longer utterly beyond my limited understanding. 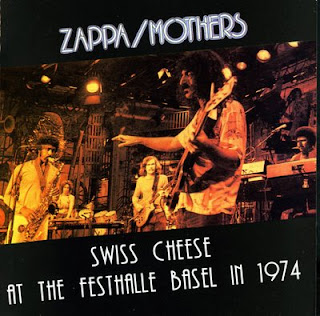 What was once frightening, incomprehensible or "too old" (A.K.A. yours truly, at that point a Level One Listener, didn't get it) miraculously became music I could both comprehend and enjoy. 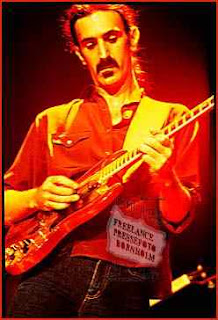 Once one "gets" Frank Zappa, the shackles of Level One Listening - marked by the unshakable belief that only a "single melody with accompaniment" format qualifies as "music" - are gone, gone, gone. Those with the patience to learn are rewarded a hundredfold. 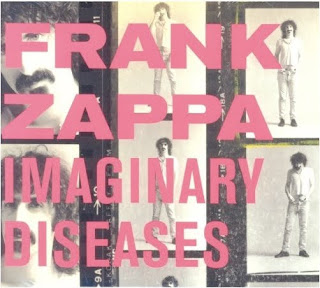 So click here before the Pacific Standard Time witching hour that ends May 15, 2010 arrives, and enjoy the genre-defying music of Mr. Zappa. 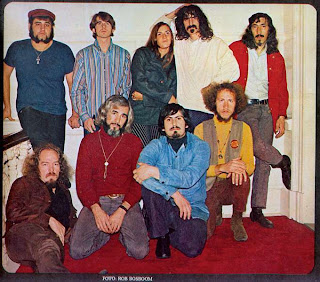 Then check out the inevitable film clip, in this case from a 1976 appearance on The Mike Douglas Show.

And if that clip leaves you wanting more, the next logical step is to break down and buy the Twelve Nights In Hollywood 4-CD box set.
Posted by Paul F. Etcheverry at 10:26 AM No comments:

Their careers parallel each other; both absolutely blazed in the 40's and 50's, leaving prolific artistic legacies behind, before health issues led to early retirement - and neither came close to living long enough to enjoy the fresh rounds of accolades, respect and admiration that accompany "master/elder stateswoman" status. Too bad.


Last Christmas Eve, several friends and I were simultaneously (and very unfortunately, not together) watching the ritual TV broadcast of the 1954 Michael Curtiz-directed musical White Christmas. The e-mails and Facebook postings we subsequently exchanged tended to echo each other, along these lines:


Indeed, Vera is awesome in all the clips I've seen of her.

Unfortunately, a bonafide starring vehicle, helmed by the best directors in Metro-Goldwyn-Mayer's "Arthur Freed unit" (IMO, Vincente Minnelli and the team of Gene Kelly and Stanley Donen), eluded Vera. . . this excellent dance number from On The Town notwithstanding.

As it turned out, a subsequent career as a character actress was not in the cards for Vera, and her last appearances on movies and TV were in the late 1950's.


No doubt, Vera also found herself on the lethal horns of the dilemma for athletes and dancers (and faced by such silver screen stars as Doug Fairbanks, Buster Keaton and Harold Lloyd): where to go and how to segue to the next phase once those stressed-to-the-max bodies can no longer do impossible feats all day long. 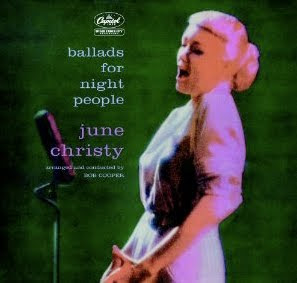 June Christy may be the most underrated jazz singer of her era.

One could compare her to a superb outfielder who just happened to be playing major league baseball when Willie Mays, Mickey Mantle, Roberto Clemente, Frank Robinson and Henry Aaron were tearing it up.

It was obvious from her stint as vocalist with Stan Kenton's big band that June, like Ella Fitzgerald with the Chick Webb Orchestra and Frank Sinatra with Tommy Dorsey and Harry James, was light years beyond the standard band singer of the era and possessed chops beyond her years.

June's solo career hit the ground running in the 40's with such recordings as "Supper Time" and "Prelude To A Kiss" (which revealed startling depth for a vocalist in her twenties), and kicked off a series of great albums, matching and raising the bar line set by The Chairman Of The Board, as well as fellow Capitol stars Nat King Cole, Peggy Lee, Dean Martin, Sammy Davis, Jr. and Bobby Darin. 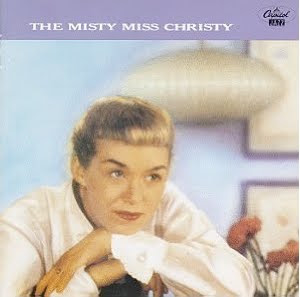 Add to that list such inspired and original vocal talents active at that time as Ella, Mel Tormé, Tony Bennett, the Lambert-Hendricks-Ross group, Anita O'Day, Sarah Vaughan and singer-trumpeters Louis Armstrong, Chet Baker and Roy Eldridge - and the extent to which that era was indeed a "golden age" of jazz singing becomes clear.


It was just one of those things that June Christy would be merely one brilliant, incandescent and memorable shining light among many in those days, and arguably under-appreciated. We can be thankful that she at least got the opportunity to record albums and tour prolifically.

How does one follow a posting featuring the great Oscar Peterson, Ray Brown and Nils Henning Orsted Pederson? With the equally incomparable Art Tatum.

Posted by Paul F. Etcheverry at 1:02 PM No comments: