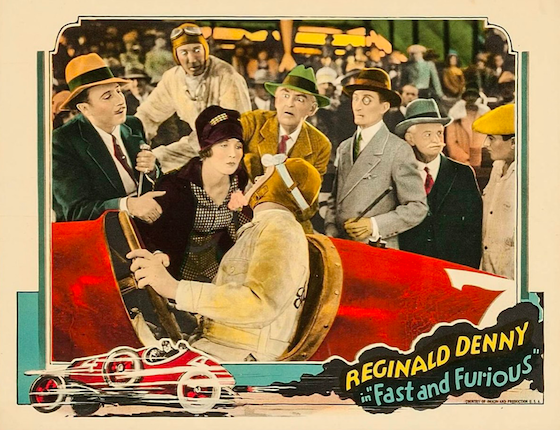 Do we love silent movies at Way Too Damn Lazy To Write A Blog? Yes. Do we love vintage music? Yes. Do we love learning new stuff about early 20th century history? Absolutely! Fortunately for the gang here, the Niles Essanay Silent Film Museum is presenting a series of online programs this weekend. 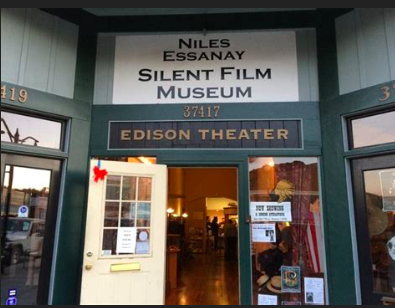 There will be terrific presentations and vintage silent movies, accompanied by Fredrerick Hodges, Greg Pane and Jon C. Mirsalis. While, unfortunately, thanks to That Darn Coronavirus, we can't physically go to the museum (seen in the preceding and following photos), it will be possible to enjoy movies and programs very much along the lines of what would be presented at the Edison Theatre online on February 20-21. 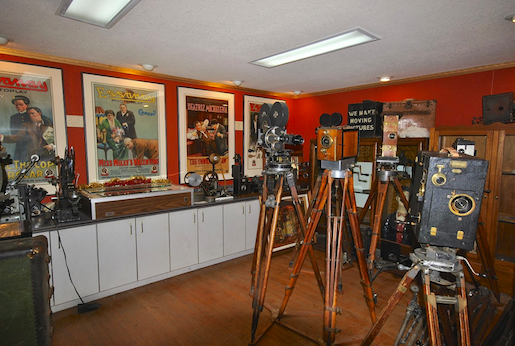 The museum's press release elaborates:
Our online shows continue with an interesting combination of subjects: boxing, race cars, and aviation, linked together by a salute to Reginald Denny, whose movie and television career spanned over 50 years!  We're showcasing 4 of his films and hosting a Zoom webinar with his granddaughter Kim Pucci. We will also be featuring Czar of Noir Eddie Muller, boxing expert Colleen Aycock, car racing historian Greg Berkin, and car racing enthusiast Heather Taylor. Add in a presentation by our own historian David Kiehn and we definitely have a full program. 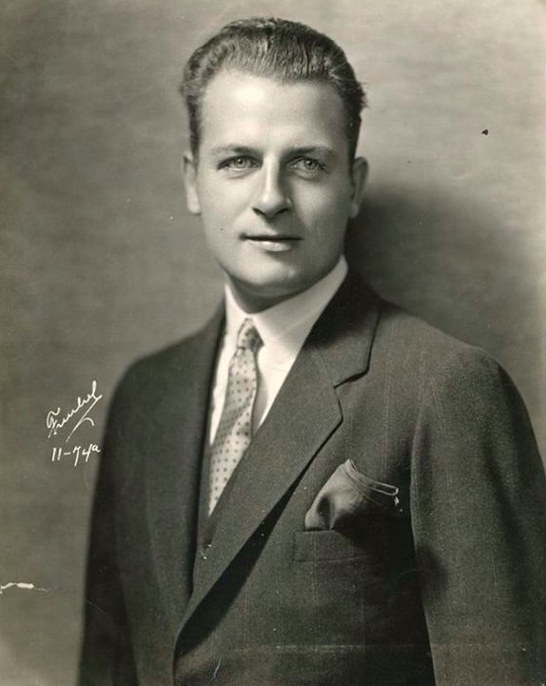 In just one segment of a career that spanned silent and sound movies, radio, television and the Broadway stage, the multi-talented Reginald Denny (1891–1967), along with Douglas MacLean and Johnny Hines, was a very popular light comedian in silent features. 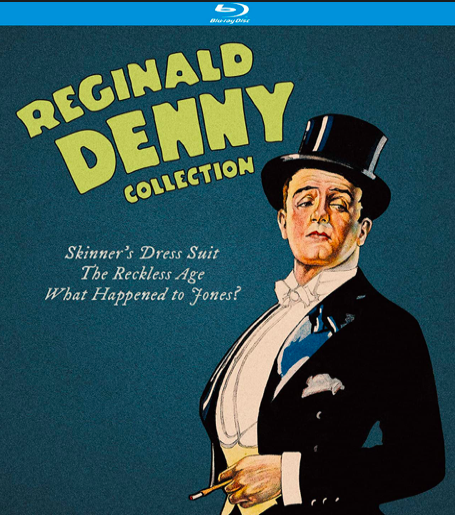 All, influenced to differing degrees by such dashing screen presences as Harold Lloyd and the Triangle Pictures pre-swashbuckling incarnation of Douglas Fairbanks the Elder, headlined feature films through the 1920's. 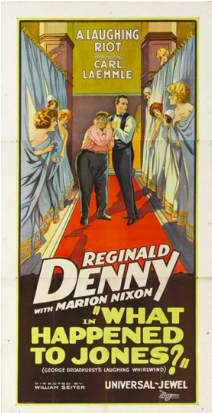 The starring vehicles of Reginald Denny often cast him as a race driver, so, of the trio, he is the closest to the Fairbanksian action picture ethos. An accomplished pilot, driver and amateur boxing champion, Denny had quite the predilection for adventure offscreen as well as on. He's also on the short list, with Paul Newman and Steve McQueen, of actors who loved to race cars.

While Reginald Denny, Douglas MacLean and Johnny Hines preceded the guy who blended the handsome, dapper leading man persona with more broad slapstick, way-out situations and unapologetically absurdist comedy - at least as the star of his own films - Charley Parrott Chase (who only starred in one full-length feature, the 1929 part-talkie Modern Love), the Reginald Denny features in particular reveal more than a glimpse of what the movies would see 15 years later in talkies, with such headlining leading men who were also gifted comic actors as Cary Grant, Robert Montgomery and William Powell.

Along with acting in radio and television as part of 51 year career in show business, Reginald Denny also penned screenplays and collaborated with his scenario writers on his 1920's films. 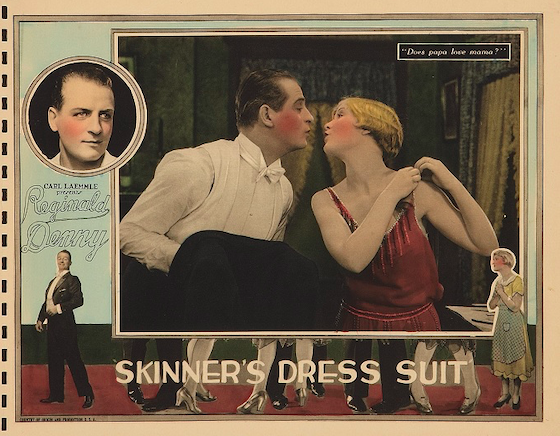 Mr. Denny, along with Hedy Lamarr (the scientist who did modeling and silver screen acting on the side), was on the short list of movie stars who were also inventors. He was an expert in the design of aviation models and the development of unmanned aircraft technology, the robot planes known today as drones. That story merits a couple of books in itself, and, thankfully, Reginald's granddaughter Kim has written one! 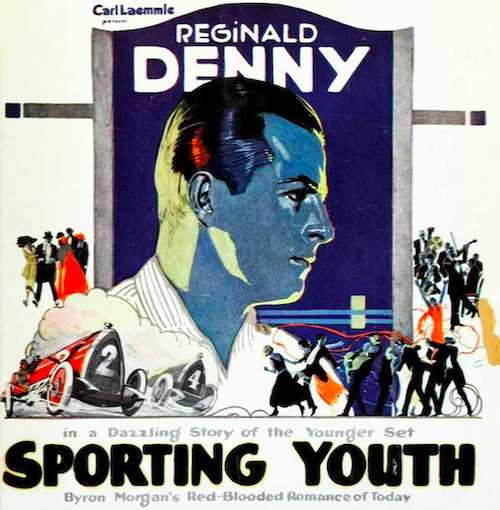 The lineup of presentations is as follows. Links will become active at 12:01 a.m. on each day of the weekend.

Saturday February 20
Daredevil Denny aka Reckless Reggie
The Man with No Fear - Films, Fun and Endurance of Reginald Denny. Before starring in feature films, Mr. Denny headlined The Leather Pushers series of short subjects in 1922-1923. 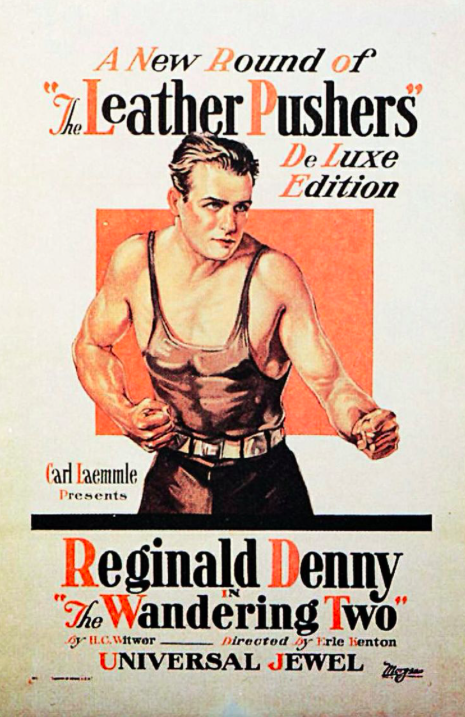 These 18 action comedies, produced for Universal, were based on Colliers articles by H.C. Witwer in which pampered scion of the well-to-do Kane Halliday, after his father loses the family fortune, ends up supporting himself as a pugilist in the gritty NYC boxing scene. This tribute to Reginald Denny and The Leather Pushers presents the second and third episodes of the series, with piano accompaniment by Greg Pane.

Along with Reginald Denny's pugilistic exploits in The Leather Pushers series, there will be presentations about boxing.

The first program, presented by author, Film Noir Foundation and Noir City Festival founder and champion of film preservation and restoration Eddie Muller, whose father was the dean of West Coast boxing writers and a key figure in the establishment of San Francisco's annual Golden Gloves competition, explores why, unlike other sports, boxing was only seen in big cities, and tells the story of "the sweet science" in the San Francisco Bay Area. 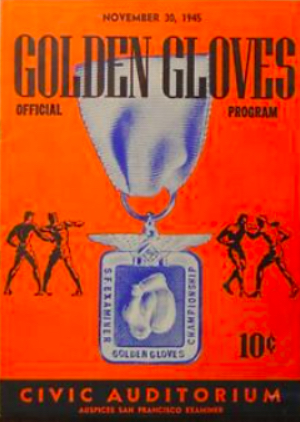 THE JOE GANS STORY and the Miles Bros. connection 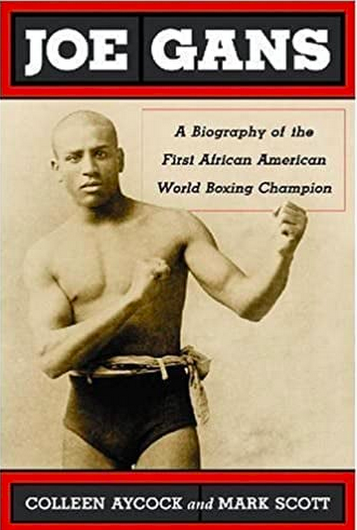 Colleen Aycock, editor of the compilation of essays The First Black Boxing Champions, talks turn-of-the-century boxing, early filmmaking and Joe Gans, the first prominent African-American prizefighter and champion, who preceded Jack Johnson. She will tell the story of the boxing matches in the San Francisco Bay Area and Nevada shot by the early innovators of documentary filmmaking, the Miles Brothers.


3:00 pm PT / 4:00 pm MT / 6:00 pm ET - Boxing Q & A with Colleen Aycock on Zoom
Boxing expert Colleen Aycock will be joining us for a live Zoom Q & A. She is the Co-Editor of IBRO (the International Boxing Research Organization), author and co-editor of 5 boxing books. Her latest book, The Magnificent Max Baer: The Life of the Heavyweight Champion and Film Star, honors her father, a Depression-era professional boxer, and one of Max Baer’s sparring partners. Classic Images, a monthly publication devoted to the Golden Age of Hollywood, included this among its short list of Best Books of 2020. Reginald Denny plays a rich kid obsessed with racing whose response to a broken romance is to head for California and make his name as a race driver. Piano Accompaniment by Frederick Hodges.

Gregory Berkin will present a pictorial view of turn of the century automotive history, car racing and silent film at the Pebble Beach Lodge, the Hotel del Monte, the Pebble Beach Concours d' Elegance and the famous 17 Mile Drive. Presented through still photographs, rare film clips and other archives, this presentation will illustrate the vibrant culture of rarely seen silent films such as Universal-Jewel's 1924 SPORTING YOUTH starring Reginald denny and Laura LaPlante. SPORTING YOUTH was filmed on location in Pebble Beach and the local Monterey Del Monte Race Track. Other film clips include the 1927 classic silent film FAST AND FURIOUS and many surprise films. 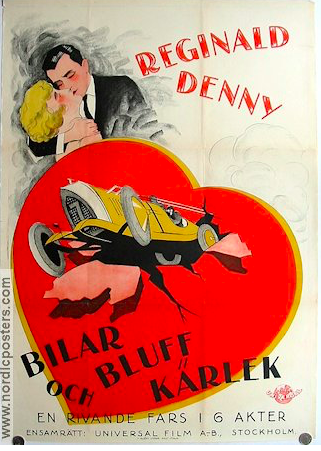 Gregory Berkin will be available after this presentation for Q & A. Heather Taylor, racing enthusiast from the Sports Car Club of America hosts.


The First Indy 500 was filmed and released by the Essanay Film Manufacturing Company of Chicago! Piano by Frederick Hodges. This film, courtesy of Blackhawk Associates, will be available until April 17th.

Program: The Miles Brothers - from boxing to Market Street to aviation, they filmed it all!

Historian David Kiehn, author of Broncho Billy & The Essanay Film Company, who discovered the Miles Brothers' Trip Down Market Street film (and was on was on 60 Minutes with Morley Safer a decade ago talking about it), will delve into the brothers' many accomplishments in early filmmaking, tell the story about the brothers BEFORE MARKET STREET and in the years after. Make sure to tune in for our premiere of the 1912 footage Christmas Day 1912 Aviation Meet at Tanforan, filmed by Earl Miles! 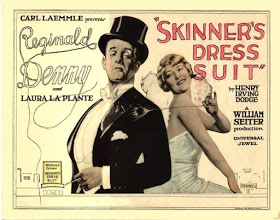 In this romantic comedy, directed by William A. Seiter and starring Reginald Denny and Laura La Plante, the purchase of an expensive dress suit begins a chain of movie mishaps and misfortunes for the go-getter protagonist. Musical Accompaniment by Jon Mirsalis.


5pm PT / 8pm ET
Zoom with Reginald Denny's granddaughter Kim Pucci, the author of a biographical book about her grandfather titled Prince of Drones: The Reginald Denny Story! Join us for a discussion about this most interesting man and his historic legacy regarding the development of model aircraft and unmanned aircraft technology - now known as drones. 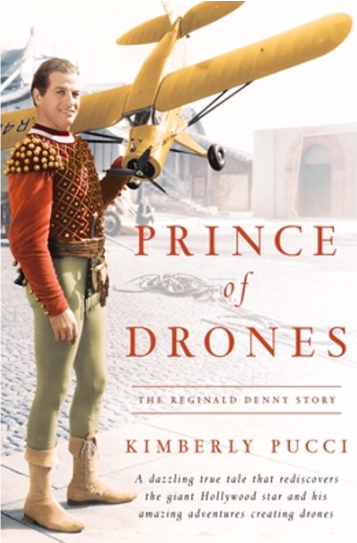 Thanks to all at the museum for doing this. We look forward to these presentations! For more info on the Saturday and Sunday programs, see A Salute to Reginald Denny, early boxing, race cars and aviation at the Niles Essanay Silent Film Museum website.

And, if you are lucky enough to actually have some disposable dough-re-me in this time of reduced paid work, buy the outstanding books by ace authors David Kiehn, Eddie Muller (note: we could use a second hardback copy of Dark City Dames: The Wicked Women of Film Noir), Colleen Aycock and Kim Tucci while you're at it.