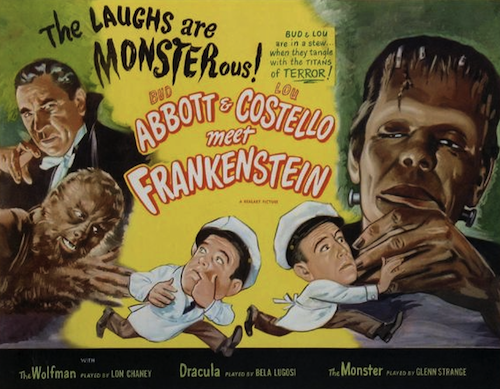 Some extravaganzas on the short list of favorite movies here at Way Too Lazy To Write A Blog also feature favorite animated main title sequences. Hitchcock's Rear Window is remarkable on both counts.

It was a foregone conclusion that when the Pythons transitioned to features, naturally there would be main titles drenched with Gilliam's distinctive stamp.

Considered Paramount as in both all-time favorites and Paramount Pictures, here are the wonderful animated titles from The Lady Eve, singular in the category of "movie in which Preston Sturges, Barbara Stanwyck and Henry Fonda are ALL involved." 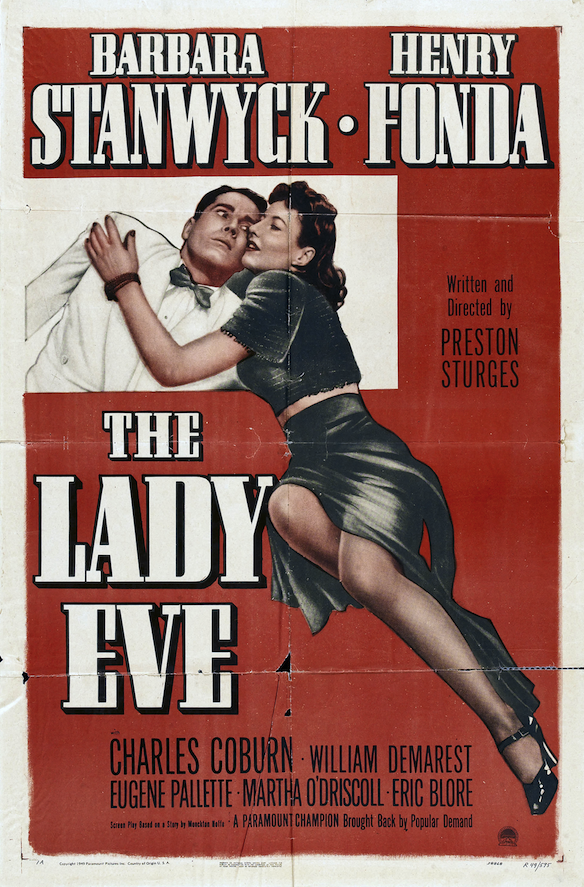 Now who animated the splendid title sequence for this splendid Sturges opus remains a bit of a mystery, as the smiling serpent does not stylistically resemble animation by the Fleischer Studio, producers of numerous cartoons for Paramount Pictures. It has been credited to Leon Schlesinger/Warner Brothers, but does not look like anything from Tex Avery and Bob Clampett, either. That leaves Chuck Jones and Friz Freleng. Perhaps an individual animator on staff was given the job of animating the titles.

Abbott & Costello Meet Frankenstein, one of the comedy team's best movies, starts with a very creative and beautifully executed main title segment. One would assume it was created by the ace animators from the Walter Lantz Studio, who had been cranking out cartoons for Universal release for almost two decades by then. Then again, the Lantz Studio did close in the late 1940's due to financial difficulties and was not operating when A&C Meet Frankenstein was made (the studio subsequently re-opened in 1950). 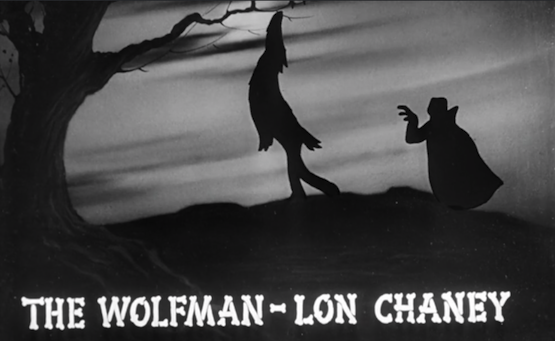 Author and animation expert Jerry Beck noted in the February 13, 2013 post on the Cartoon Research website that Dave Fleischer was at Universal Pictures at that time. Fleischer, in collaboration with the studio of former Disney and Screen Gems animator Howard Swift, was responsible for providing animated titles to Universal Pictures features in the late 1940's. 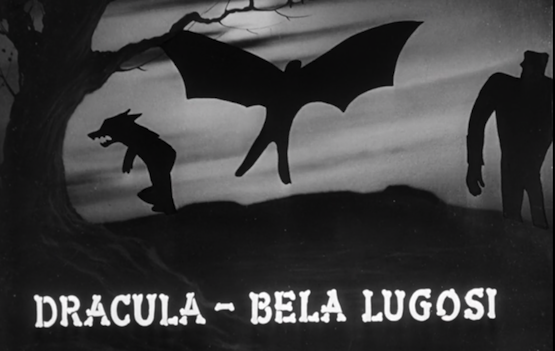 While the following YouTube copy is a 12th generation dupe, a far superior transfer can be found on the fascinating Art Of The Title website. 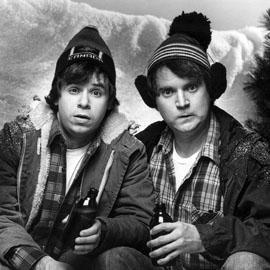 Here's the animated opening to a flick Rick starred in that made a gazillion bucks for Disney and proved a fabulous choice for an excursion to a movie matinee back in 1989, Honey I Shrunk The Kids.

Back in the early 1950's, Disney's bête noire (full of former Disney animators), the UPA Studio, riding high from the critical success of their high design Jolly Frolics "cartoon modern" series, not to be outdone, created equally stylish main titles for The Four Poster, as well as the following animated sequences in the body of the film.

UPA would follow this up with the extremely atmospheric titles to arguably their best film, an adaptation of Edgar Allan Poe's The Tell-Tale Heart. While not a feature film, it never feels like a short subject or cartoon and the viewer is led, without any graphic violence onscreen, into Poe's madness. The graphic design, expressing a foreboding The Cabinet Of Dr. Caligari quality throughout, adeptly conveys the underlying terror.

On the other hand, such feature films possessing a very cartoony feel as Blake Edwards' Pink Panther series, starring Peter Sellers as dunderheaded Inspector Jacques Clouseau - a live-action cartoon if there ever was one - also have clever animated main title segments, in this case produced by the De Patie-Freleng studio.

Animated features, especially those produced by Walt Disney Studios, were no slouch either in the "very cool animation throughout the main titles" department.

Vintage cartoon shorts also featured character animation in their openings. We say this noting that both the Looney Tunes and Merrie Melodies from Warner Bros. generally did not include character animation in the openings but did offer surprises aplenty for the closing "That's All, Folks!" The last 10 seconds from Tex Avery's Looney Tunes manifesto Porky's Duck Hunt (1937) would be a prime example of this.

Note - the following compilations of Looney Tunes and Merrie Melodies openings and closings also confirm this. Pardon the use of titles from godawful "colorized" B&W cartoons.

Nice post Paul - I have surmised - in the post: http://cartoonresearch.com/index.php/what-dave-fleischer-did-after-mr-bug-2/ - that I think Dave Fleischer was responsible for producing the titles in ABBOTT AND COSTELLO MEET FRANKENSTEIN. Walter Lantz was NOT producing animation for Universal the year that A&C MEET F was produced. I know of no feature opening titles that Lantz produced, ever. Dave Fleischer was on staff at Universal supervising such things and did produce animation for many many Universal Pictures titles - using Howard Swift's studio in the late 40s and early 50s.

Also, Leon Schlesinger's studio (Warner Bros. / Looney Tunes) did the titles for THE LADY EVE. Not sure which director or animator was involved... Maybe Freleng? Jones? Avery? Clampett? Hard to say...

Thanks, Jerry! The titles to THE LADY EVE don't look at all like Fleischer animation, but also do not resemble anything from Avery and Clampett. Maybe Leon Schlesinger assigned an individual animator on staff - Virgil Ross, Manny Perez would be two who come to mind - the task of animating the serpent.

Schlesinger ran the Pacific Title & Art company, didn't he? Perhaps the "Lady Eve" titles were contracted with them?

As for animated opening credits, there's also Sally Cruikshank's titles for "Mannequin" - probably the best thing about that film.

Honey I Shrunk the Kids was created by Bill Kroyer. Richard Williams did several exceptional movie titles: Funny Thing Happened at the Way to the Forum, Casino Royale, The Charge of the Light Brigade. Down With Love is a really funny one created by Dave Wasson (I think) at Acme Film Works. I even created titles with the help of the great Joe Ranft for Drop Dead Fred.